PS5 Teaming up with PS4

Support Portal  »  Knowledgebase  »  Viewing Article
Print
PS5 players who played in the closed beta have access to both versions of Chivalry 2: PS5 and PS4. This is because they pre-ordered the game which provided both versions to their account. These PS5 players can switch between the two versions by selecting the app, going to options, Game Version, and then selecting the desired version. Once playing the PS4 version they should then be able to party up with PS4 players. 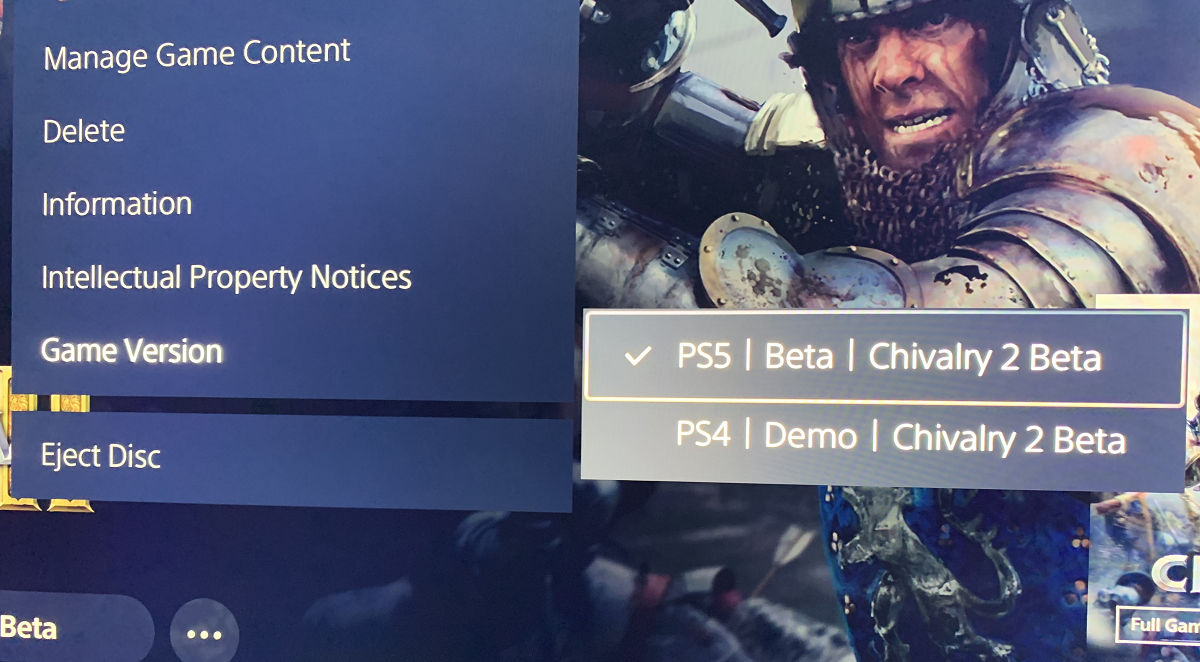 During the open beta, since no purchase is required, the game downloads the native edition for your console and may not provide both versions. You may be able to grab the PS4 version via a PS4 or the PSN app/web store(the PS5 store will likely not show it unless you "own" the game). Otherwise, the option to download the PS4 version should become available with a pre-order purchase.
Share via
Thank you for your feedback on this article.